Every day we see different stories from different women being sexually abused.

Every day we see women who are scared to speak up because of this injustice.

The hashtag initially came to light during the case of Two men, Don Chima George and Rasak Oluwaseun Oke who drugged a 23 year old woman they met at a club, then took her to Don Chima’s father’s hotel then both raped her, all while recording it with their phones.

The victim’s brother, after hearing about the issue, got them arrested and detained.

The news broke out that Don Chima and Rasak were released due to Don Chima’s father pulling some strings based on his wealth and status.

We are tired of the injustice we face on the issue of rape.

Rape victims are scared to voice out their cry due to the fear of not being heard and fought for.

If a rape victim comes out and voices out their matter, we ask them questions like “why did you wear these clothes?” “why did you go to this place?” “Why did you act like this?”

We make it seem like it is their fault that they get raped.

We need to know that NEVER BLAME THE VICTIM, BLAME THE RAPISTS!

We need to know that it is never the victims’ fault, it is the rapists’

Every year we see cases of when rape victims, mostly women, go to report their case to the police or authorities and they never do anything about it. Why? Because they always blame the victims!

This past year, there has been an increase in rape reports.

Rape has become rampant and it is quite shocking that people think this rape thing is okay.

I was scrolling through Twitter this past week and I came across some tweets where people actually believed that every person that rapes, has a reason to do so.

I was completely shocked that a human being could actually think like that.

One of the reasons why there is injustice on rape victims in Nigeria(case study) is the people itself.

People are actually out there who don’t see anything bad with rape. Wow

NO IS NO. LET US END RAPE

People actually forget the trauma that happens to a rape victim. They are in constant fear. Rape messes up a lot of people psychologically and people don’t know that.

We need justice! We need enlightenment on rape issues! We need to let the victims know that they can let out their cry and they would be heard and fought for!

It is never the victim’s fault! Rapists belong in jail! We need Justice! 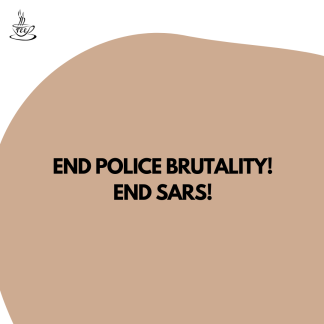