So I was given this same presentation topic in one of my courses in school.

Before I was given this topic, I never really gave a thought to the importance of social media. And that’s a bit weird due to the fact that we use social media literally everyday.

Like I stated earlier, we practically use social media every day.

It has done a lot of good in our everyday lives and also done a lot of negative things. Today we are going to point out just some of the effects.

Below are some of the positive effects of social media:

The main goal of social media is for interaction and information sharing and this is done through communication.

A person living or residing in a particular place can connect and communicate with another person million of miles away through the social media.

Nowadays, people have a lot of friends from different countries on different continents. On YouTube you can watch videos of friends meeting for the first time and they are always super cute.

Unlike before where you only interact with people around you, a lot has changed since then.

Now, through the popular social media site, Facebook, you are able to connect with old friends just with a simple search of their names.

Social media connects people together and creates one big community.

Now, corporate firms have joined the social media bandwagon. Companies now own social media accounts where they are able to interact with potential customers and reach a larger market.

With the creation of social media accounts, it creates a relationship between the company and the public.

With the emergence of Social media influencers, corporate firms reach out to them and make them their brand ambassadors, and this makes a product reach a wider audience(mostly the youths).

Like the popular saying, every advantage, has a disadvantage. Below are some of the negative effects of social media.

Before the advent of social media, bullying was done face to face. But now, bullying is done with the use of the internet and social media.

This type of bullying is usually done anonymously i.e the bully is not made known, as they can hide using fake accounts.

But sometimes it’s not done anonymously.

Social media has become a really dangerous place to be honest.

It wasn’t really a good time to mess up.

Different social media platforms like Instagram, YouTube and so on, have set high standards to what is regarded as a perfect body or beauty in general.

Every day, we go on Instagram and stare at images of people we do not even know and emulate them. What they wear, what they eat and drink, what they do, we want to do them all ,all because we see them as having a perfect life.

You want to change certain things about yourself just to suit the life of another person you see online.

This reduces the self confidence of a person. Of course nobody includes the negative parts of their lives online because everybody wants to be seen as perfect.

This has resulted in people going into depression and in some cases even becoming suicidal because they feel they are not socially accepted because they are not as beautiful or wealthy as the people they see on social media.

Social media promotes fake life. Everybody wants to be socially accepted and everyone wants a large following. This has resulted in them doing a lot of immoral things, but we would not go into that today.

In a gathering of teenagers, it is most likely that you would find 90% of them glued to their phones, instead of engaging in actual discussions. Youths would rather socialize through social media than socialize physically through conversations.

Social media has become an addiction.

It is known that people especially the youths, cannot go a day without using social media. They prefer texting on apps like WhatsApp or Instagram than having a face to face conversation. This has become an issue as it affects their sleep schedule, which affects their mental health. It restricts people from performing physical activities and this also affects their health. With the excess use of social media, people have become lazy.

What are other effects of social media? Let me know down in the comment section!

4 thoughts on “Effects of Social Media” 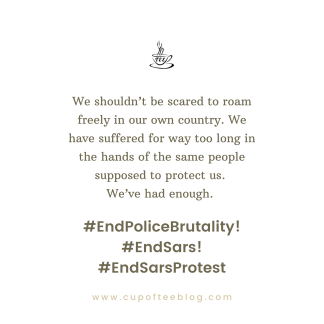